Twenty-one years ago, on April 19th, terrorism struck Oklahoma City, killing 168 people. Fifteen years ago, on 9/11, terrorism breached America’s financial and military centers of power, killing 2,996 people. Four months ago, in San Bernardino, terrorism claimed 14 more lives. The gruesome imagery of terrorism continues to haunt us; it is seared into our consciousness by the vividness and immediacy of modern media. Terrorism and the media have developed a strange relationship. Both seek attention but their motives for gaining are different. The media, always chasing for the latest scoop, are motivated by profit as much as by free speech and informed audiences. For ISIS, the newest face of terrorism, the goal is to intimidate.

Students enrolled in programs at The Universities at Shady Grove (USG) worked to create an event for the 2016 Civic Engagement Series entitled “The Intersection between Terrorism and the Media.” The focus was on America’s understanding of terrorism through the prism of the media. The event was held on April 19th and was sponsored by the University of Maryland, College Park’s Undergraduate Communication Association (UCA) and the Criminology and Criminal Justice Student Association (CRIMSA) and was facilitated by staff of the Office of Student Services. 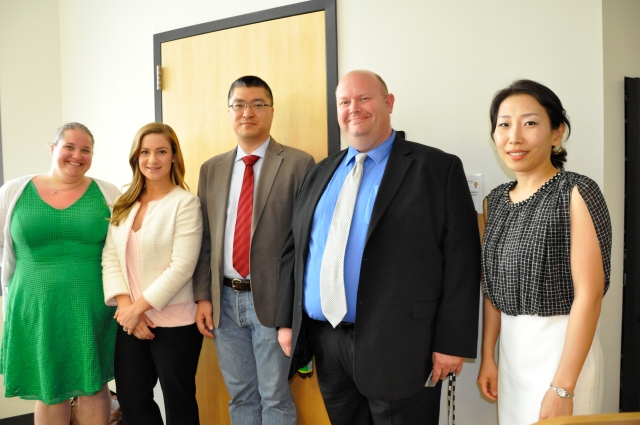 Three distinguished panelists spoke about their practical and academic study of the nexus between the media and terrorism. The panelist included: Steve Sin, lead investigator and senior researcher in the Unconventional Weapons and Technology Division (UWT) of the National Consortium for the Study of Terrorism and Responses to Terrorism (START); Louis Morlier, former special agent with the Department of Homeland Security Investigations and part-time instructor at Penn State Harrisburg’s School of Public Affairs and the University of Maryland; and Dr. Soyoung Bae, a professor at the University of Maryland College Park Communication Department.

The discussion following their presentations explored such issues as the link between violence in the media and violent behavior in our daily lives and, how naming an act of violence as terrorism may either help form the right response or lead to misconception and misinformation. Predictably, terrorism in social media attracted the most attention. Social media is a relatively new territory as far as dissemination of terror around the globe is concerned. 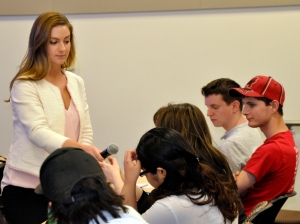 What did I take away from the event? I learned that technology has made it possible for us to get news from a variety of sources. As critical media consumers, we need to be aware that the news we see or hear is construed to suit a particular ideology—even though it is driven by actual events. To be truly well informed means to be savvy media consumers who get their news from various sources and evaluate its reliability before acting on it.

About the Civic Engagement Series

The Civic Engagement Series is a collaborative program with USG student organizations, academic program leadership and faculty, civic leaders in the community and USG service centers. The series present prominent speakers and organize discussion groups and special interest conferences and seminars.  Leaders from the community share their thoughts and exchange ideas with students, faculty and the broader community on major issues facing Maryland, the country and the world. The Civic Engagement Event Series will begin again in the Fall of 2016. If your academic program or organization would like to be involved in a future event, please  contact Rachel Wolohan in the Office of Student Services at rwolohan@umd.edu

CRIMSA is a student group specific to the Criminology and Criminal Justice program at USG. In addition to helping students prepare for graduation and beyond, CRIMSA is involved in fundraising, community service, guest speaker series, and social outings. UCA is a student-run organization sponsoring workshops, course review sessions and networking events that enhance students’ professional skills.