From Villages Abroad to My Local Community 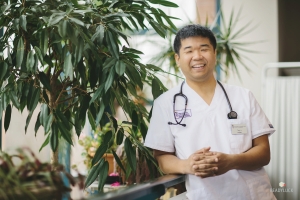 My parents immigrated to New York from China in 1980 with little money and support. Both of my parents did not finish post-secondary school or spoke any English so their job prospects were limited. My father worked in the restaurant business while my mother worked as a seamstress in the Big Apple. I was born a little more than a year later and from the very beginning my parents had high expectations of me. So growing up I was well behaved and always did what I was told partly because I felt my parents had gone through a lot in their life and I didn’t want to bring misery to our family by being a troubled child.

As the first born in my family there was a tremendous amount of pressure for me to go to college and be “successful.” Success was defined as a career in Medicine, Law or Engineering. I choose the engineering route and enrolled at Drexel University. My plan was to work in pharmaceutical research. But during my final semester, I heard one of my classmate’s mention that he was serving a two-year mission as a member of the Mormon Church somewhere in the United States.  He would not be paid and it was all voluntary. I remember calculating the loss earning potential and wondering why he was stalling his career. He explained to me that he could always make money later, but he felt at this time he needed to volunteer his time to “spread the word” in communities around the country. This sounded good to me, I wanted to travel overseas and help others without converting them to a specific religion. After much research during my final semester, I decided to join Peace Corps. I would serve for two years and get to travel and help those in need, especially the underserved. My parents, however, did not approve and it would be the first thing I’ve ever done in my life that was contrary to their expectations of me.

Immediately after graduating from Drexel with a chemical engineering degree, I was stationed in Vanuatu where I was assigned to teach math and science at a boarding school for two years. The prospect of volunteering overseas in a resource poor country was appealing to me even though I knew there were plenty of communities, including my community in the United States, that equally needed assistance. Besides teaching full-time I also learned about how the healthcare system works in Vanuatu and how communities come together to help each other when someone becomes sick. Some examples include, one community raised money for a plane ticket so the patient could fly into the city for treatment and in another example a community came together to help a temporarily disabled farmer till and plant his entire garden. What was supposed to be a two year service turned out to be four years, and I realized that I wanted to go back to school to study public health.

After returning from Vanuatu I spent two years at Tulane University in Louisiana where I earned my Master’s degree in Public Health. I wanted to work in international development and public health was a good fit. I was fortunate enough to find work with a non-governmental organization (NGO), the Carter Center, based in South Sudan. Similar to Vanuatu, access to quality healthcare was difficult in this country. Poor infrastructure was and still is impeding progress with delivering medical supplies to the field, but sadly the current political unrest has downgraded the priority of access to healthcare in this country.

During my time at Tulane I had met my wife, who had been offered a job at the Children’s National Medical Center in Washington, D.C. So it made sense that we relocate to the greater D.C. area. After returning from South Sudan I realized I wanted a clinical degree and planned on going to nursing school. I looked at several schools in the area but ultimately decided that the University of Maryland School of Nursing at USG was the best option for me. 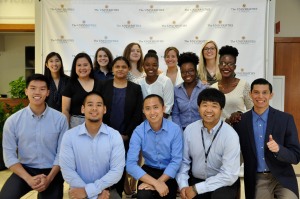 My plan was to work overseas again after graduation. However, I was offered the opportunity to participate in the 2016 Department of Health and Human Services (DHHS) Montgomery County fellowship. I was excited to learn more about the different resources Montgomery County Health Department had to offer for those that needed assistance. The DHHS fellowship allowed my cohort of multidisciplinary professions to gain insight into the financial, social and educational services available in Montgomery County. We visited detention centers, women/children/men’s shelters, and health centers. At the end of the fellowship my cohort presented to the Montgomery County DHHS and our respective universities about interprofessional collaboration from different organizations.

It was through this fellowship that I was reminded that there are several communities throughout the United States and specifically the one I now call home, Montgomery County, that need my help. Upon graduation, I would like to work with community health, which would combine my public health experiences and nursing background.