Making Laws, Making a Difference:
A Tale of Two Rape Bills in Maryland 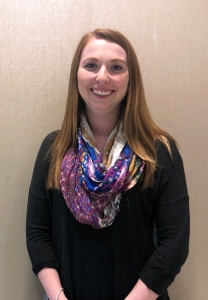 Students and faculty turned out in full force to hear from the speakers including Delegate Kathleen M. Dumais and Delegate David Moon, both who are from the General Assembly of Maryland.

Delegate Kathleen M. Dumais spoke about the legislative process and how long it has taken the ‘no means no’ bill to pass in the state legislature. Her discussion was also focused on her work as a family lawyer and how that persuaded her to become a Maryland delegate. Delegate Kathleen M. Dumais works very closely with advocates and activists in promoting her bills in the state legislation.

Delegate David Moon has introduced many new bills in his three years as a delegate. Most of the ideas for new bills comes from comments of concerned citizens or messages sent to him over Facebook.

Lisae C. Jordan, Esq., Executive Director & Counsel, Maryland Coalition Against Sexual Assault provided an advocate perspective into the bills. She emphasized that making a difference starts with people in the community, and that people have the power to make an impact within their own states. She also stressed other ways people in communities can  make a difference, including participating in voting, giving money to support organizations, sending emails, calling your state representatives, and visiting and/or sitting in on active hearings in Annapolis.

Student, Claire McCormack, President of the Political Science Student Organization, was also in attendance to provide a student perspective. Claire focused on statistics of rape, and told her own personal story. She also emphasized how important it is to be educated on what sexual assault and harassment actually entails.

Hearing and learning about these bills helped to broaden my knowledge of the state legislative process in Maryland, and made me realize how slow of a process it can be — for instance the ‘no means no’ bill was first introduced to state legislature in 2003, but did not pass until 2017.

After attending this event, I definitely would like to be more involved and advocate for these bills in Maryland. I hope this Civic Engagement event also motivated others to do the same. It is important to know who is representing you in your district as well as state legislation so you can start making a difference too.  I recommend visiting Mdelect.net to find out exactly who your representatives are in Maryland and let your voice be heard.