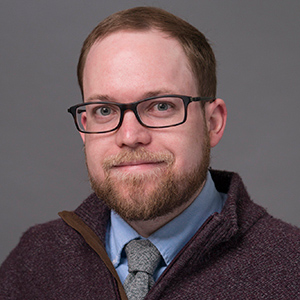 This April has seemed more like an age, a slow crawl of time where days blend into one another and our academic deadlines lurk over our heads like semi-permanent specters of a semester that feels like it could last forever. When T.S. Eliot wrote “April is the cruelest month,” I am not sure even his poetic imagination could have cooked up this one. And yet, April is almost over. May is coming, and bringing exams, papers, and projects to the (virtual) party.

Staying motivated and on-track in the time of quarantine is no easy task and closing out this semester is going to be a challenge.

Luckily, I’ve been spending some time with the Greatest of All Time*, who knows a thing or two about performing in crunch time.

Perhaps the best thing about not being able to leave the house is that I’ve been able to watch the brilliant Michael Jordan documentary, The Last Dance, airing on ESPN. If you aren’t watching it, I encourage you to tune and enjoy this deep dive into the legacy of His Airness and his final NBA championship run with the Bulls. Even if you aren’t a hoop-head, this is a great look into a cultural icon and the adversity he faced.

In honor of his six NBA Championships, here are six ways MJ can inspire you to become MVP of your Finals:

Michael Jordan is perhaps the most competitive athlete in the history of sports (all of them, not just basketball). When Jordan would win a game, the celebration would end as the timer expired to make room for preparation for the next game.

This mentality will serve you well as you approach finals. You may not have a paper or exam next week, or even the week after. That doesn’t matter. Start strong by grabbing your syllabus and planning out each major assignment. Schedule time to work on those exams and papers now!

Jordan is famous for his intensity. He would never take a play off, and played every game as if it were the most important one he ever played. When he was in the zone, he couldn’t be stopped.

Similarly, your focus can help you do well on your finals. When you are studying, push away the distractions and put all your time and energy into that endeavor. Schedule dedicated time to study for each class—your own personal game time—and turn it on.

Coming out of college, MJ was the third overall pick. Two centers were picked before him, because it was believed you couldn’t win without a dominant big man. Michael used this motivation to change the way the game was played forever, both on and off the court. From his iconic shoe to Space Jam, he did things his way.

Adam, before he could grow a beard, being like Mike

Be like Mike. Figure out what works for you! Do you work better in the morning or the evening? What kind of learner are you? There’s no one right way to be successful—just ask the Portland Trailblazers who drafted Sam Bowie over Michael Jordan.

When Michael Jordan first tried out for Varsity in High School Basketball he failed to make the team. In his second year in the NBA, he was injured and on a minutes restriction unable to fully help his team to the playoffs. Jordan famously lost to the Pistons three consecutive times in the Eastern Conference Finals. You don’t need to watch The Last Dance to know he never gave up.

Like Jordan, you will encounter challenges and barriers to your success. Don’t give up. But your time and energy into the things you can control and keep moving forward. Just imagine, if MJ would have given up this blog post might not even exist, or would be about something like The Bachelor.

Everything motivated Michael. The Last Dance capture this in one of my favorite scenes. The day before an important playoff game against the Boston Celtics, Danny Ainge (an all-time great Celtic) beat Michael Jordan in a game of golf, winning some of MJ’s cash. Clearly angered, Jordan dropped 63 points on the Celtics that night—a number that still stands as the record for points scored in a playoff game.

Don’t be afraid to tap into your motivations. Practice self-care and let the things that give you joy be incentives to be successful. If you are competitive like MJ, let that drive push you to be your best self.

Not even MJ could do it alone. Scottie Pippen. Dennis Rodman. Ron Harper. Toni Kukoc. Luc Longely. Steve Kerr (the coach of a famous team in California you may have heard of). Watching The Last Dance reminded me of all the great people that helped MJ be successful.

You have a great supporting cast too. Form virtual study groups with your classmates. Ask your professors for help. And utilize support services. My team at the Macklin Center for Academic Success is here to help you through academic coaching, feedback on papers, and disability support. All of our services can be accessed through sg.mywconline.com. My beard is longer, and my ZOOM background isn’t as entertaining as my office in the BSE, but I am still here to provide an assist on your journey to success.

We also have career services, student life and financial support, counseling services, and so much more. My blog post is already becoming longer than the ESPN series, so check out this post by Jen Riehl to get a great look into services available for you.

With our help and Jordan’s example, you can be your own Finals MVP!

*MJ’s status as GOAT pending the outcome of LeBron’s career and his future championships as a LA Laker.